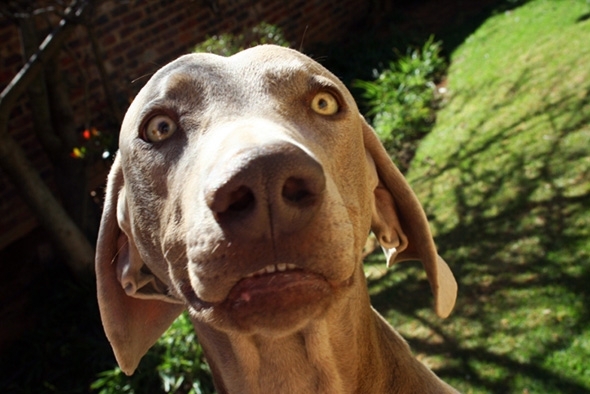 10 Oct Can PR Unscrew the Pooch?

Wells Fargo has been doing public relations for all the wrong reasons. The banking company—with a market capitalization higher than Bank of America—agreed to pay a $185 million dollar fine for “signing up” customers for accounts they didn’t authorize. These same customers were then charged fees for these accounts, often without their knowledge. If this sounds a lot like stealing, that’s because it is.

Wells Fargo was stealing from their customers.

Even in this time of dwindling faith in our institutions, stealing money from your customers would seem to be a deal-breaker for a company whose job is to keep their customer’s money safe. But this is a blog about advertising and public relations, not morality, so let’s take a look at how Wells Fargo has handled things. Then we’ll contrast their actions to another potential PR situation that unfolded around the same time.

All Is Not Wells

While the Wells Fargo story seems to have broken over the course of a month, the truth is that this whole event began in 2013 and has been unfolding behind the scenes for years. So it’s not like that this story snuck up on the Wells Fargo team, even if the fine wasn’t mentioned until September 8th of 2016.

Wells Fargo’s first action, according to Wells Fargo, seems to have been preemptively firing the “bad” people. They claim their firing process dates back to 2011. Yet, we know the account slamming story didn’t surface till 2013. What’s more likely is that they started firing people for getting caught. But hey, it’s something they can point to in their PR efforts. Which they do…

…in their online apology suite. It’s got the contrition message, a letter from the president, a nice FAQ section and links to some press releases that nobody will read. But it’s all there, presented with all the warmth of a Siberian prison (no offense to Siberian prisons).

Oh and it’s also got an Enroll Now button to sign on new customers. Because… you know, there’s never a better time to shill for new customers than when you’re apologizing for stealing from your existing customers!

Then there’s the requisite Full Page Apology in the Wall Street Journal, the finance malfeasance version of Oprah’s confessional couch. And floating around the Googleverse is the unrelated but oft mentioned $250,000 donation to Support Community Healing Efforts in Charlotte, which was announced, you guessed, just after the scandal broke.

I’m guessing here, but there’s likely to be some upcoming TV spots with soft, inspirational music playing. There’s likely to be some (disabled/young/vaguely foreign looking) individual accomplishing something with the help of Wells Fargo. Of course the spot will be amazingly well produced, and make you want to shed a tear, even if you’re one of the customers Wells Fargo helped themselves to.

All in all, a pretty typical, uninspired effort thus far by Wells Fargo. But that’s because…

CYNIC WARNING: That’s because Wells Fargo doesn’t need an effective PR campaign! They were partially complicit in almost crashing the world economy in 2007-08 and their punishment was to get $36 billion in public money…for which they were sued for misusing in 2012.

This PR effort doesn’t actually need to be effective. Just to create the appearance of effect. The appearance of contrition. It’s literally the least the can do. Plus, as Toyota has shown us by monetizing their recall disaster, Wells Fargo will likely use the crisis to add to their bottom line.

Now let’s do a quick comparison to how a Wrigley owned candy recently handled a potential minefield when one of the presidential campaigns used their candy to score some cheap points. First, the potential problem. To recap, a member of the Trump team made the infamous Skittles comment and tweeted out the above image. A short while later, the response. 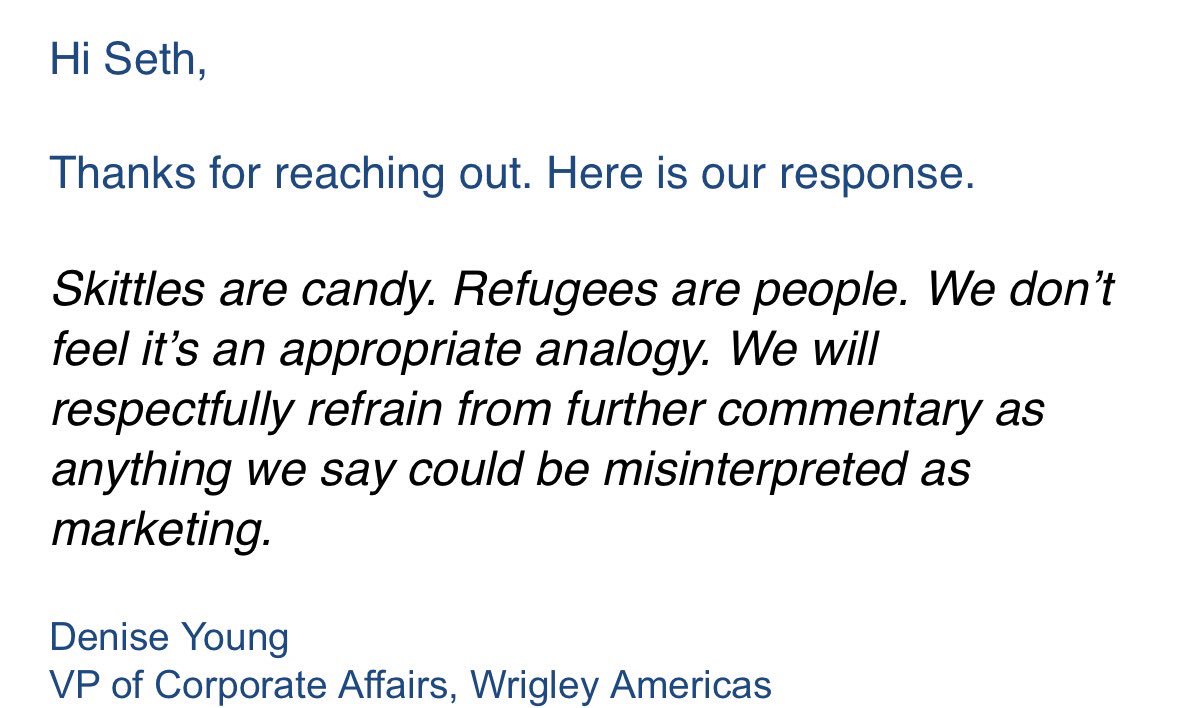 Those 29 words on twitter are the entirety of the response from Wrigley. That’s a single channel (twitter) issued with no image, no meme, no bravado.  They deftly manage to avoid all political pretext and stay above the fray.

Granted, it’s not like their Skittles customers bought candy and Wrigley was secretly signing them up for 8 varieties of gum and then charging them for it. Skittles was merely the right candy at the wrong place. But it shows how effective good PR can be, when it’s done with confidence and competence…by a company that, you know…actually cares.