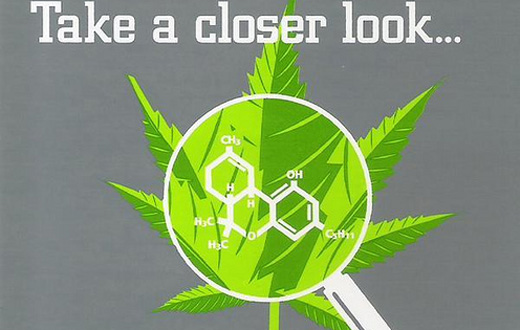 While pharmaceutical advertising seems to have exploded in the past decade, it’s been more of an evolution of laws rather than revolution of communication. The only thing more complex than US pharma communication laws might be the US tax code. In short, compliance can be a pain in the ass. Yet for all the complexity, most of the major players understand the rules and abide by the laws. However, cannabis is about to being an end to the smooth sailing.

Medical cannabis is now legal in a majority of states and our Canadian neighbors to the North. Seeking to establish themselves as upstanding citizens of the pharmacological community, farmers and dispensaries are willing (even eager) to follow the law down to the letter. That’s where it gets tricky. The mix of state and federal laws governing medical cannabis can be confusing (at best) and in some instances contradictory.

Obviously communication regulations for cannabis are a work in progress. So where does that leave us? While there are no absolutes, understanding how we got here is the key to anticipating where we’re going next. Consider the evolution of two entities: pharmaceutical regulations and cannabis laws.

The pharmaceutical industry can trace its roots back to the local apothecary—the individual who manufactured and distributed medicine—in ancient Babylon around 2600 BC. For the sake of brevity (and relevance) we’ll skip forward about 4,219 years and check in with the Jamestown Colony. In 1619 the Colonists passed what would be the first cannabis law in the US. The law mandated that all farmers were required to grow hemp, the plant from which cannabis is derived.

The colonists weren’t prepping for a Phish tour. They knew what they were doing. Hemp is one of the fastest growing plants in the world. It can be refined into a variety of commercial items including paper, textiles, clothing, biodegradable plastics, paint, insulation, bio-fuel, food, and animal feed. In fact, everyone from the Pilgrims to the Founding Fathers relied on Hemp to grow their wealth and launch a country. While medicinal/recreational use wasn’t the main reason cannabis was grown, the psychotropic qualities date back over three thousand years.

Following the revolutionary war, our nation’s medical community began growing. As it did, medical professionals sought to standardize pharmaceutical practices. As a result, the U.S. Pharmacopeial Convention (USP) was founded in Washington, DC in 1820. The idea was to create “a system of standards, and a national formulary”. In short, it was to ensure that drug formulations remained consistent across the profession. From that point on, leading pharmacists regularly revised the USP as new and better drugs were created.

We know that cannabis based medicines were formally available in the US sometime around 1840. Cannabis was then included in the USP in 1850 and was prescribed for everything from labor pains, nausea to asthma and rheumatism.

Interestingly enough, prohibition, or the repeal thereof, played a large role in shaping the future of cannabis

The 1930’s proved to be pivotal for a number of reasons.

The Rise of the FDA

Driven by several high-profile incidents, the FDA flexed its regulatory muscles by declaring that all new drugs be proven safe before they could come to market. The FDA and Federal Trade Commission also began working in unison to regulate pharmaceutical advertising.

In the beginning of the 1930’s, the American experiment with alcohol prohibition was coming to an end. However noble the motivations to outlaw alcohol might have been, prohibition can only be considered a failure. The statistics are anecdotal when it comes to alcohol consumption. While there was a reduction, for the most part, people simply adjusted their consumption habits. On the other hand, the spike in criminal activity was obvious and easy to measure.

In a study of more than 30 major U.S. cities during the Prohibition years of 1920 and 1921, the number of crimes increased by 24%. Additionally, theft and burglaries increased by 9%, homicides by 12.7%, assaults and battery rose by 13%, drug addiction by 44.6%, and police department costs rose by 11.4%. This was largely the result of “black-market violence” and the diversion of law enforcement resources elsewhere. Despite the Prohibition movement’s hope that outlawing alcohol would reduce crime, the reality was the Volstead Act led to higher crime rates than were experienced prior to Prohibition and the establishment of a black market dominated by criminal organizations. [source wikipedia]

Thus prohibition came to an end in 1933. While lauded by most of the public, the end of prohibition created a big problem for one government agency. Suddenly, the Department of Prohibition was an agency with nothing to prohibit. In an act of self-preservation, department head Henry Anslinger set his sights on something called marijuana. The verbiage was important. He didn’t come out against cannabis, a medicinal substance many American’s knew and understood. Instead, he came out against marijuana, an ominous sounding drug few had heard of. He had a good reason for rebranding the substance.

During most economic downturns, xenophobia and racism tend to rise. This is true not just in the US, but historically around the world. At the time Anslinger came out against marijuana, the country was in the midst of the great recession. There was already a populist backlash against Spanish speaking immigrants and the vague threat of drug crazed foreigners pillaging the country fit right in. Anslinger understood the mood of country and used this to his advantage.

Anslinger leveraged the nation’s populist undercurrent to build his case against marijuana. He unfurled a lurid campaign against “the evil weed”, linking immigrants using the drug to violence, crime, overt sexuality and a host of socially deviant behaviors. None of which was true. But, through a combination of hard work, timing and misinformation, his efforts paid off. In 1937 we passed the Marihuana Tax Act. It was a complex (and ultimately unconstitutional) law that essentially used taxes to choke off the nation’s hemp industries, and with it, the “evil weed”.

For a while, the status quo held. The Great Recession gave way to the second world war in Europe. The return of the GI’s gave us the Baby Boomer generation, while the rebuilding of Europe delivered a time of significant economic growth. The peace and prosperity of the 50’s ended with American involvement in the Korean and Vietnam wars, dividing the country and giving rise to the anti-establishment movement.

Eventually the flower-children of the 60’s became the middle class of the 70’s. But in the 1980’s, a curious cultural change began taking root. Upending the traditional advisor/advisee relationship, patients began actively participating in the decision making process with their doctors. It was a subtle change. But one that the pharmaceutical manufactures noticed. 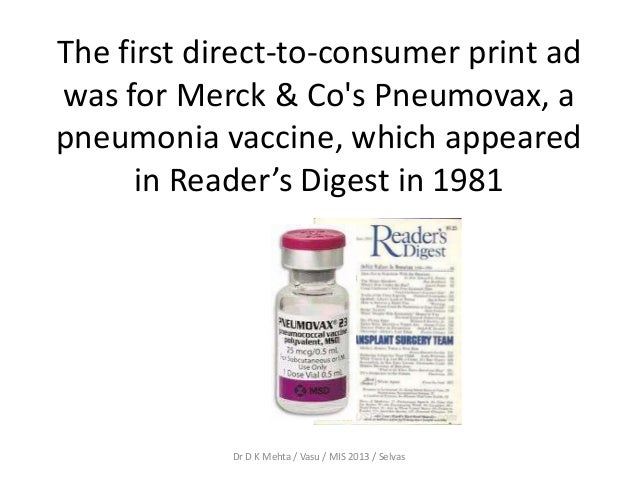 Sensing the landscape was shifting, Merk Pharmaceuticals took a chance and ran the first major, direct-to-consumer prescription drug ad in Readers Digest in 1981. Having proven successful, direct-to-consumer print advertising was off and running. While print was considered a victory, the real target was coming into focus.

In 1983, Boots Pharmaceutical took the plunge and ran a TV ad for an Ibuprofen based drug. Their logic was sound, as we will soon see. But the execution was awkward. This was because of the FDA’s requirement that all advertisements list all the drug’s indications and side effects in each spot. Anyone who’s seen the “small print” copy that accompanies a print ad knows how much needs to be included. Thus the Boots spot fell back on the tactic of not making any medical claims whatsoever.

The “say nothing that needed to be substantiated” became the defector workaround for all pharmaceutical television advertising. It was functional but clumsy. Not addressing the core features and benefits of a product was a blatant violation of advertising 101. Not only that, but this made it difficult/impossible for the pharma company to establish sales attribution for their ad-spend.

That all changed in 2004 when the FDA aligned the TV and print requirements, so that broadcast needed to list “only the major risks”. The consequences of this change have been monumental. In 1990, the pharmaceutical industry spent $47 million on direct-to-consumer advertising. Today that number is around $5 billion.

The public opinion of cannabis was undergoing a similar evolution. In 1988 court ruling, Drug Enforcement Administration judge Francis Young ruled in a court case that “Marijuana in its natural form is one of the safest therapeutically active substances known to man.” The comment itself wasn’t remarkable. What was remarkable was that it came from a government official at a time when the drug war was going full-tilt boogie.

Unsurprisingly, the arrival of the internet proved transformative. Coupling the public’s desire to play a more active role in their medical treatment with the free flow of information. Tech savvy San Francisco became the first city to pass an ordinance in 1991—with a 79% support rate— in favor of medical patients having access to cannabis.

Following the lead of the city on the bay, California passed Proposition 215 five years later. The legislation that sought to ‘legalize’ medical cannabis use, possession and cultivation. After numerous federal legal challenges, the basic law and the right for doctors to prescribe cannabis were affirmed.

Alaska, Arizona and Washington initiated legislation decriminalizing medical cannabis in 1998. Additional states followed suit. We reached a tipping point in 2016, when more than half the states have voted to decriminalize medical cannabis use. Clearly the will of the public has shifted. Which is all well and good. Except for this: the federal government still lists cannabis as a schedule 1 drug. And this is where it gets tricky.

Knowing how we’ve gotten to this place, how should the budding cannabis entrepreneur move forward? The answer to this is the topic of our next post, where we’ll look to the adult beverage industry for inspiration.