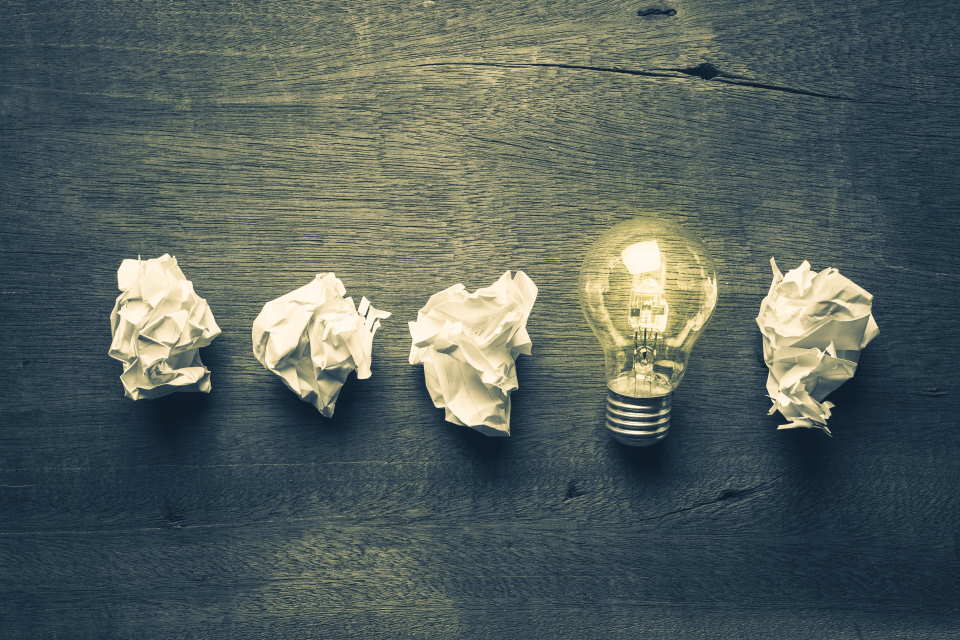 14 Jan What’s Right About Being Wrong

“All men make mistakes, but only wise men learn from them.” – Winston Churchill

When was the last time you made a mistake? Not just a little “we needed to tweak our strategy”, but a “what in the world were we thinking” kind of wrong? Maybe it was a cringe worthy creative idea tossed out in a meeting, a conceptual line extension that made the product worse, or a bold business venture that should have been ignored.

It’s been a while? Then you may want to check your approach. Because there’s a lot right about being wrong.

The Benefit of Making Mistakes

As a company rooted in the benefits of the logic, reason and the scientific method, the idea of ‘messing things up’ would seem antithetical to this mindset. But going down the wrong pathway isn’t just one of those fuzzy, feel-good concepts from Silicon Valley. The value of mistake making is an idea supported by logic, reason and the scientific method.

Here’s why the wrong track can be the right place to be.

The first thing we need to do is decouple the ideas of mistake and failure. The only way a mistake is a failure is if you fail to learn from it. Otherwise, every mistake is an opportunity to gather information and add data to your universe of knowledge.

Every misstep yields a wealth of information. Dismissing a mistake as simply “oops” or “it just didn’t work” is to ignore some of the best market research you could ever commission. Granted some data might be more valuable than others. But it all counts.

The scientific evidence shows that mistakes are often necessary for growth and, in some situations, they are to be encouraged. In fact history is littered with examples of accomplishments born of accidents and some mistakes have changed the world for the better.

Everything from Post-it Notes to penicillin has been the result of plans that haven’t gone according to plan. Teflon was the result of an experiment gone wrong, plastic was the failed attempt at creating an alternative material to create billiard balls and paper towels were invented when a low quality paper was repackaged and sold.

It all boils down to this: if you’re not making mistakes, then you’re probably missing out on untapped opportunity. Whether it’s business, invention or advertising, game-changing ideas are seldom risk averse. As a result, they are prone to not going according to plan. And that’s okay. Because every error of enthusiasm contains a kernel of opportunity that can change your fortune. But it all starts out with accepting that you might not get it 100% right on your first pass.